RDAF Squadron 722, Rescue of passengers & crew from the Ferry “Skagerak”

Posted by World Aviation Photography ⋅ July 6, 2016 ⋅ Leave a comment
Filed Under  MF Skagerak, RDAF Squadron 722 and the Rescue of passengers & crew from the Ferry "Skagerak", Sikorsky helicopters, We had the right helicopter at the right time with the right personnel

In early September, 1966, vacationers and business people were returning to Denmark from Norway via a ferry voyage across Skagerak Strait. The MF Skagerak was a sleek one year old ferry and was the namesake of the strait she crossed. She could make the 80 mile voyage in about five hours if wind and sea were right. The summer season was ending and there were ninety eight passengers and a crew of forty six on aboard.

The captain waited for the winds of the tropical storm “Faith”, born weeks before in the South Atlantic to subside, before giving the order to sail. The ferry was 37 miles into the voyage when the wind increased with explosive gusts, and there were black clouds and driving rain. The ferry suddenly shuddered and swung crazily off course. The hatches of the vehicle deck crumpled and thousands of tons of water poured into the lower regions of the ship. The ship was battered to death by the raging sea. 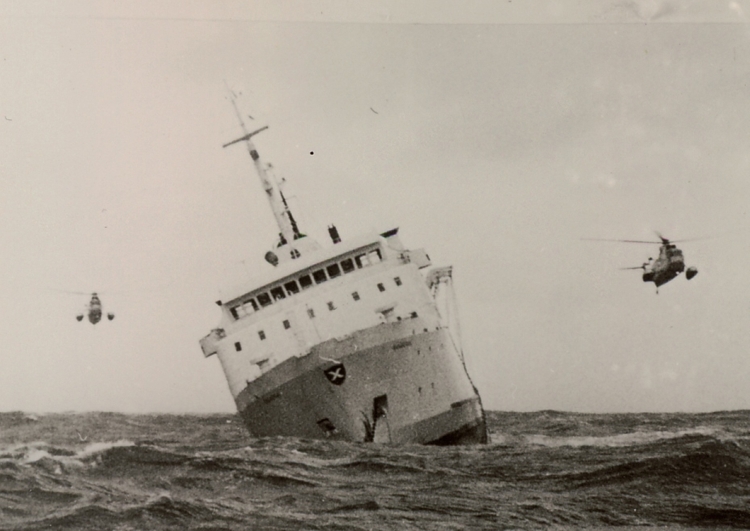 The Royal Danish Sea Air Rescue Squadron 722 launched their S-61A helicopters and swept out over the North Sea rescuing 69 passengers from the storm tossed waters. Another 75 persons were rescued by two merchant ships, which were summoned by the air crews of the helicopters and guided to the disaster site.

The Skagerak sank about 6 miles from the coast in 75ft waters.

The five S-61As spent more than eight hours in the rescue operation, hampered by 50 knot winds and 40 foot waves. As darkness descended over the stricken ferry, the captain and remaining crew were advised to abandon ship. Nine crewmen boarded a life raft. The captain and first mate jumped into the sea, and they were all picked up by the S-61A’s. The ferry sank in 75-80 feet of water about 6 miles from the coast after drifting 17 miles.

At the subsequent debriefing, Air Force General Poul Ziegler noted that they had received the S-61As just the year before and said, “We had the right helicopter at the right time with the right personnel.”

In September of 1994 the Royal Danish Air Force observed its 10,000th rescue mission with the S-61A helicopters. 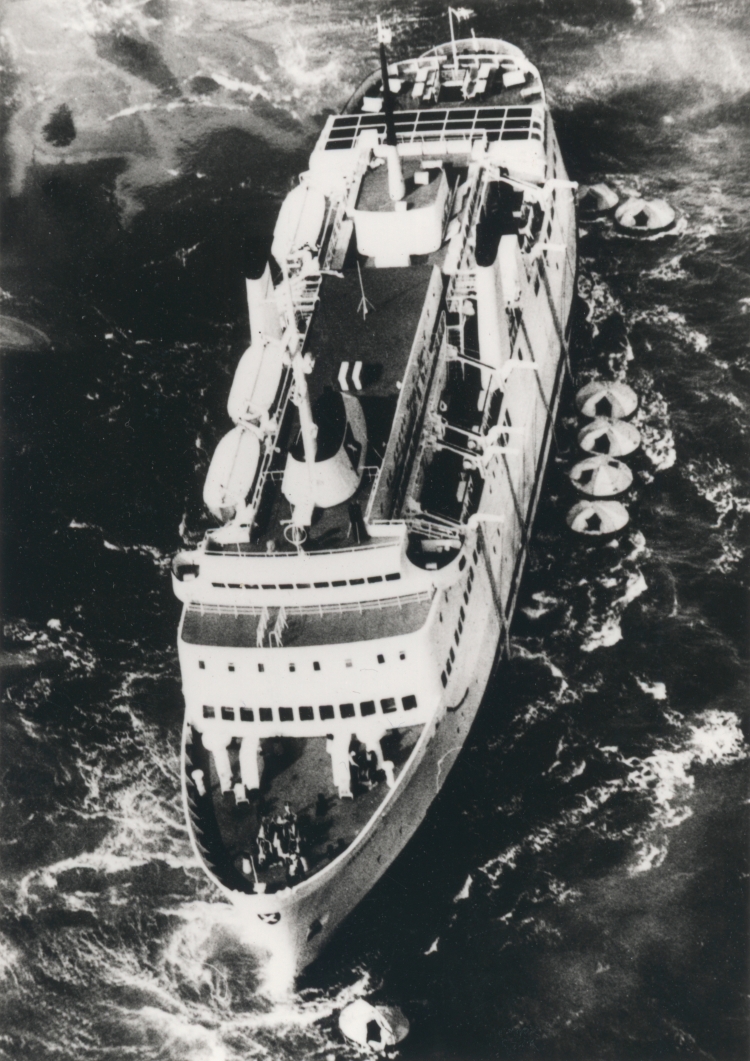 Life Rafts alongside Skagerak, each raft could hold 20 persons.

The Sikorsky helicopters up to the 1960s were limited in their performance by the piston engines available at the time. The development of the General Electric T-58, T-64 and Pratt & Whitney JFTD12A-5A shaft turbine engines provided higher power available at lower engine weight, resulting in twin engine reliability and higher aircraft performance. The industry at this point expanded rapidly, and helicopters with gross weights between 22,000 and 50,000 pounds were developed. There are thousands of worldwide rescue adventures that have occurred with these aircraft. The improved rescue capabilities with these larger cabin and increased gross weight was demonstrated again and again.